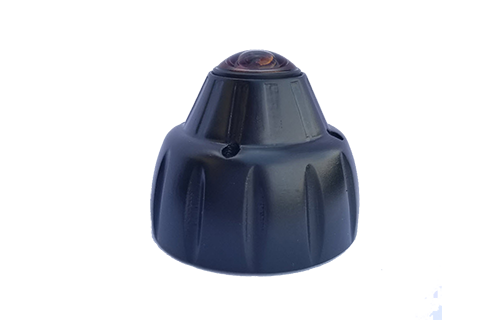 Value Proposition:  The ubik 360 Security System provides unparalleled situational awareness through a 360-degree Field of View (FOV) live-stream which is transmitted real-time over the internet and the cellular networks using a single lens with no stitching.  While it streams live, the ubik 360 Security System also records the whole 360 FOV which is then stored in the cloud for later review.  The live stream is geo-referenced and geo-located on a map and the user can extract geographic coordinates from any object/asset appearing on the video.

Furthermore, the System supports multiple simultaneous users and each user can select their own Field of View.  The System is robust in that ubik 360 Optical Sensors can be placed on fixed structures, on moving vehicles (Land, Sea, or Air), and on drones/robotic platforms.  All of the live streams are then transmitted real-time to any Command and Control Center.  Additionally, real-time Mobile Access to the live streams is available via the ubik 360 Security System’s Android and iOS smartphone apps.

The ubik 360 Security System is the only standalone camera that streams live 360 video over the internet and cellular networks without any 3rd party dependencies.

Custom enclosures for the ubik 360 Optical Sensors are available to fit multiple end use cases.

Schedule your real-time, live stream demonstration today by calling us at 800-450-3621.